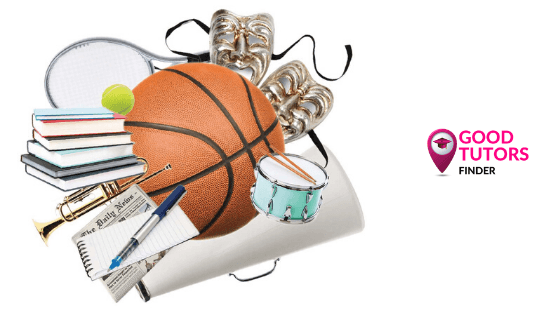 Extracurricular activities - how many of those shall your kid do?

There’s no doubt that every parent tries to give every competitive advantage to their children. In today’s world getting equipped with as many skills as possible might indeed sound like a good idea. But is this what scientists support, too?

Research conducted from 1938-2007 and devoted to determining how mentally healthy the population was (based on 63,000 of the research participants’ cases), shows that, surprisingly, the most recent generations were the most mentally ill. Scientists argued that the more success became the only goal for school and college students, the less happy they felt. Those who focused on internal measures of satisfactions were found to be the happiest.

Dr. Peter Gray also said that we harm our children by limiting their time to play so much and put them under constant supervision and control. This way we deprive them of control of their own lives. Although sometimes we may think that in the future they will say thank you for this, in reality we are diminishing their sense of self-control and do not allow them to explore this world in their own ways as well as stimulating the occurrence of such problems as anxiety and even depression. In fact, since 1950s, children’s anxiety has increased by 500-800% and the main reason is that we ourselves are depriving our kids the right to be kids and behave like so.

Another study reveals that the greatest predictor of success is social skills but not academic achievements. So following this logic, you should give your child ample time to play. It is ok if they want to play alone but if you see they tend to invite you or other kids to join, you should be following their lead as free-play and open-ended approach are the key aspects that help your child to develop social skills and a greater understanding of themselves.

But how will children gain knowledge and skills and pursue their ambitions if their parents don’t encourage them to take extracurricular activities?

Dr. Peter Gray thinks that the best option is to book a tutor of an activity that your child would genuinely love and want to attend. Dr. Peter also draws a comparison between doing team sports and participating in an organized, adult-directed sport. For instance, when children play basketball, they also have to negotiate with their team members, hence, interact and communicate as well as solve problems. In addition, they learn hand-eye coordination, throwing, batting, planning (e.g. who should be in what team), boosting performance with one type of competitors and slowing down with another type to save energy (e.g. while playing with bigger and younger kids, respectively).

How to make the most of your tutor